This is the hard version of the problem. The only difference between the two versions is the constraint on nn. You can make hacks only if all versions of the problem are solved.

A forest is an undirected graph without cycles (not necessarily connected).

Mocha and Diana are friends in Zhijiang, both of them have a forest with nodes numbered from 11 to nn, and they would like to add edges to their forests such that:

Mocha and Diana want to know the maximum number of edges they can add, and which edges to add.

The first line contains only one integer hh, the maximum number of edges Mocha and Diana can add.

Each of the next hh lines contains two integers uu and vv (1≤u,v≤n1≤u,v≤n, u≠vu≠v) — the edge you add each time.

If there are multiple correct answers, you can print any one of them.

In the first example, we cannot add any edge.

In the second example, the initial forests are as follows. 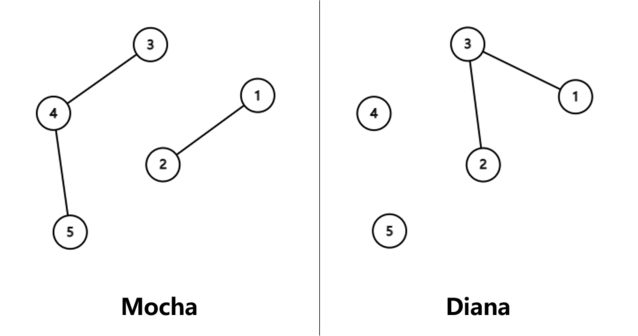 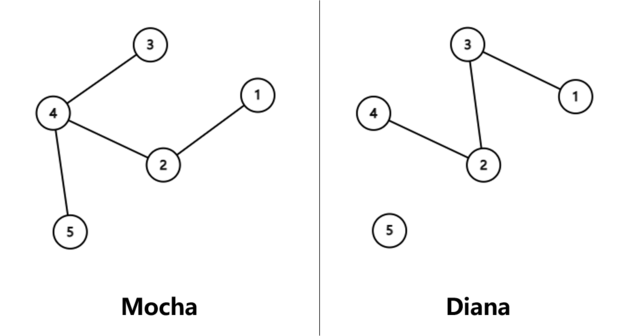